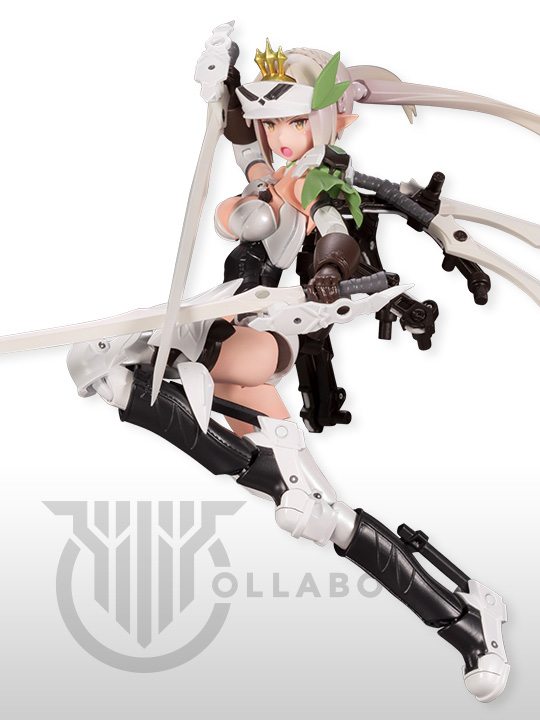 Characters from the Busou Shinki series, which was brought to life in the form of figures and games in 2006, are joining the Megami Device lineup.

Edelweiss’s main weapon is a long distance rifle.
The weapon’s strong ammunition can pierce heavy armor.
On the other hand, Edelweiss is also able to carry out strong close-range attacks with the four sabers, giving the unit high specs all around.

The foldable rear arms can be used as a weapon rack or as long sub-arms to extend the unit’s reach, and combined with the unit’s arms they can be used to wield the four sabers to keep enemies at a safe distance.
Additionally, by holding the Jaeger’s Rifle by the carrying handle and back of the trigger, the weapon can be converted into an axe to carry out melee attacks.
Due to the fact that the unit’s default settings do not include any mid-range weapons, many players customize Edelweiss with handguns or mid-range rifles.

*The description of Busou Shinki above is adapted for the Megami Device series. 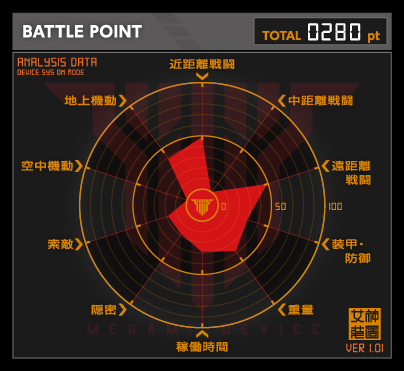