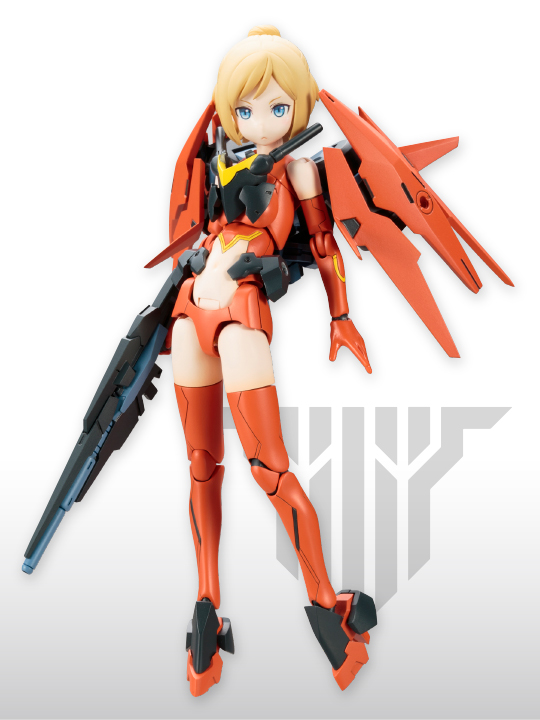 This unit is designed for aerial combat.
The Megami is capable of flying at high speeds due to the flying unit on its back, and can take down enemies from the air with precision.
The unit is equipped with both a Beam Sword and Beam Gun, leaving no area uncovered with the ability to carry out close to mid-range attacks.
When equipped with parts from the simultaneously developed SOL ROADRUNNER, HORNET can be converted into the fortified “Full Armor Mode,” which drastically increases the unit’s mobility and maxes out the offensive capabilities.

However, the other SOL unit the equipment was taken from will be left defenseless, making “Full Armor Mode” difficult to implement in battle.
The name of the SOL series stands for “Sonic Operation Lady,” and these two units are the first in the Megami Device line that feature character designs and mechanics created by separate designers. 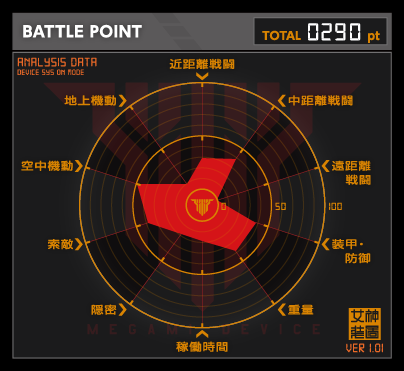