This mid to long-range combat unit is designed with the motif of a witch.

The unit is an alternative color version of the Chaos & Pretty series.
The unit’s dark color scheme improves its stealth capabilities on the nighttime battlefield.
The parts from the unit’s fully customizable weapons can be combined to create a double barrel cannon, which can be used with Witch, Megami, or any of the other Megami Device units. 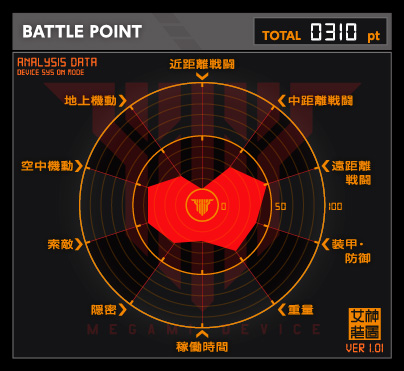